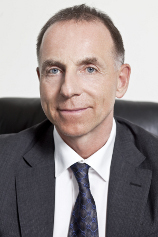 Dr. Dr. Rainer Zitelmann entered the real estate economy as head of the real estate news desk at the German daily DIE WELT. In the year 2000, he formed the communication consulting firm, Dr. ZitelmannPB. GmbH, which has since become Germany’s market leader in positioning and communication consultancy for real estate and investment fund companies. Dr. Rainer Zitelmann was the managing diretor of Dr. ZitelmannPB. GmbH until the end of February 2016. Since 2016 he is taking on an advisory role for the company.

During the 1980s and 1990s, he penned hundreds of reviews, most of them in national German dailies (“Frankfurter Allgemeine Zeitung,” “Süddeutsche Zeitung,” “Die Welt,” “Tagesspiegel,” “Neue Zürcher Zeitung” and “Rheinischer Merkur”). In addition, many academic reviews were published in journals like the “Historische Zeitschrift,” “Zeitschrift für Politik” and other history and political science periodicals.

Having originally discussed books about historical and political subjects, he began to shift his focus toward business and finance literature midway through the 1990s. During his years with the daily “Die Welt” (1992-2000), he reviewed quite a number of business books.

In 2016, Zitelmann was awarded his second doctorate, this time in sociology under Prof. Dr. Wolfgang Lauterbach at the University of Potsdam with a thesis on the psychology of the super-rich.