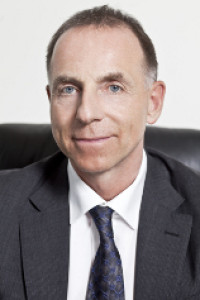 zitelmanns-book-reviews: Dr. Zitelmann, what is actually the key aspect that made you want to write a book on this subject?

Zitelmann: I am personally acquainted with a number of successful personalities, among them several billionaires, while others are well-known scientists, for instance. I have always wondered what makes some people so much more successful than others. So I have tried to find answers, for instance by talking to these people, and most notably by systematically analysing the biographies of great personalities that were extraordinarily successful in their business careers or in other areas – including sports. What I gathered in the book are the findings of these inquiries, and the idea was to present them in a way that is both analytically sound and – I hope – fascinating to read.

zitelmanns-book-reviews: Is there a way to succeed without setting goals? Why should we take the trouble to define goals for ourselves?

Zitelmann: Goals are not an end in itself. Their purpose is to give you a sense of direction. Pondering goals helps you clarify which way you are heading. It was not until after I had completed the manuscript that I found a quote by Michelangelo that aptly captures what I meant to do with this book: “The greater danger for most of us lies not in setting our aim too high and falling short; but in setting our aim too low, and achieving our mark.” The book is not simply about goals but about gaining the confidence to aim much higher than most people would normally do.

zitelmanns-book-reviews: As it is, you are looking back on several successful careers, including as historian, as journalist and as entrepreneur, and you have accomplished quite a bit over the past years. Defining higher goals for yourself does not seem to require much of an effort for you. What would you say is the secret of your success?

Zitelmann: I am very curious, and I love to learn about new things. For me, success means that you set yourself a goal and achieve it. No one is always successful. And nothing comes without an effort. I have often suffered setbacks and defeats, but I would consider it much worse to set yourself no goals at all out of fear of falling short of the mark.

In my book, I have tried to include certain key experiences that I myself was able to make. So perhaps this is one of the ways in which it differs from other books about success, which sometimes have me, the reader, wonder whether the author has actually experienced first-hand and implemented the things he or she discusses.

zitelmanns-book-reviews: People are quick to reduce success to its monetary aspect. Would prosperity be enough to ensure long-term success? Or do other factors come into play? Is there not a risk of losing sight of one’s family and friends if you focus too much on success?

Zitelmann: Money can be important, but there are many other areas in which you may succeed that have nothing to do with money at all. I, for one, barely took an interest in money for the major part of my life (and never had any, as a result) because I cared more about recognition for my academic research or about the publishing effort, for example. And even today I do many things that have precious little to do with money – such as my publishing house “ambition-verlag,” which I certainly did not set up as a money-making proposition but simply because I get a tremendous pleasure out of making books.

There is no reason why people would have to neglect their friends and family in order to be successful. If you learn to work efficiently, you will also find the time to pursue private pastimes, exercise, relax, meeting interesting people. Money is most useful when you do not spend it mainly on consumer goods but invest it in promising projects. And money also means freedom – which I consider the highest good of all.

zitelmanns-book-reviews: Who is the person that has impressed you more than any other in your life so far?

Zitelmann: That person is, no doubt, Christoph Kahl whom I mention in the book, too. What has impressed me about him are his unusual degree of intelligence and keen perception, his honesty and straight-forwardness. And he is also a fine example for my point that the greatest long-term success will ultimately come to those who produce benefits for others, the way Christoph Kahl has done for the clients of his company JAMESTOWN.

But there are many other people I could name, such as the former president of Germany’s Federal Fiscal Court, Professor Wolfgang Spindler, the entrepreneur Theo Müller, or the late pollster Professor Elisabeth Noelle-Neumann whom I deeply admired and who, sadly, passed away last year. All of these individuals have been, or were, willing to go against the grain, and unwilling to mindlessly reiterate things that the great majority says.

zitelmanns-book-reviews: What type of person do you feel stands the best chance to succeed? What sort of qualities does he or she need?

Zitelmann: The key point is that he or she should not just have ONE single quality, but rather the qualities that I describe in the various chapters of my book: It is of the essence to combine tenacity with the willingness to experiment, complemented by a high tolerance for frustration.

You need the courage to set yourself apart from the rest, and not to go with the flow. And the courage to set more ambitious goals for yourself than others dare to do. Ultimately, only those will meet with long-term success who take the things into account that I’m discussing in the final chapter on strain and relaxation. Otherwise, striving for success may end badly, in a burn-out, for instance.

zitelmanns-book-reviews: Do most people who prosper have a similar personality structure, or would you say they can differ considerably?

Zitelmann: You will find both – common traits and differences. But without a searing ambition to make something special out of your life you will have a hard time succeeding.

zitelmanns-book-reviews: Why do many people have such a hard time setting goals for themselves and sticking to their principles? Are there any tricks that will help you persevere?

Zitelmann: What keeps many people from aiming higher is their fear of failure. But I, for one, don’t consider it a bad thing if you fail to achieve your goal. If you don’t even try, you are doomed to fail from the start. The capacity for enthusiasm and self-discipline are two important success factors that I talk about in my book. No one who lacks either of them will prevail. That being said, discipline is something you can learn, just like you can train a muscle, which will grow as a result of increased strain.

zitelmanns-book-reviews: Which aspect do you consider the decisive one where most people fail? And what is it that successful people do differently?

Zitelmann: Failing is not a bad thing. There simply is no successful person whose projects have never flopped – or at least been close to flopping. My book cites many cases in point. The real question is how we handle success or failure. Will success make me bold – or will I be able to maintain a certain modesty? How long will it take me to get back up after a defeat? Do I blame myself or others for failures? Am I a person who dwells on the past and gets worked up over things that simply cannot be undone, or do I take a forward-looking approach? A lot depends on how you answer these questions.

zitelmanns-book-reviews: What sets your book apart from other way-to-wealth guides?

Zitelmann: The number of success books I have read is legion. Many of them are banal because they try to make people believe that all they need to do in order to become successful is to “think positive.” There are great books on the subject, too.

But what I missed was a systematic analysis of people still alive today. Take, for example, a book like Napoleon Hill’s “Think and Grow Rich.” It is an impressive work, and I have read it more than once. But it was written almost 50 years ago. Many of the exemplary characters whose stories are told mean little to us today. To be sure, I have taken an avid interest in historic characters renowned for their success, such as Rockefeller, but what has interested me above all is this: What made people like Buffett, Bill Gates, Steve Jobs, or the founders of Starbucks, Facebook, Google, Oracle, etc. so successful? Or women like Coco Chanel or Madonna?

Successful people tend to be non-conformists that had the courage to go against the grain and to do their own thinking. This is an aspect that most books I read fail to highlight sufficiently. Moreover, you will find a method outlined in Chapter 8 of my book that helps you internalise major objectives – a method developed and tested by me. That is all I’m going to say, though, because obviously I want your readers to remain curious and to buy my book. obb

For a review of the book, please click here