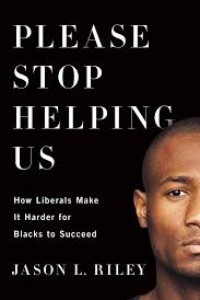 Has the situation of Afro-American improved under the Obama Administration? The author, who is black himself, and who spent more than 20 years working as journalist for the Wall Street Journal, draws a bitter conclusion: At the time Obama started his first term in office, the unemployment rate among Afro-Americans was 12.7 percent, compared to a rate of 7.1 percent among Caucasians. By election day for the 2012 presidential election, it had risen to 14.3 percent among Afro-Americans while have remained more or less stable for Caucasians (7 percent), “which meant that the black-white unemployment gap had not only persisted, but widened, during Obama’s first term” (p. 9). Since the onset of the recession, household incomes in the United States have dropped by 3.6 percent for whites, but by 10.9 percent for blacks (p. 10). It is not the only key ratio for the black US community that failed to improve but actually deteriorated during the Obama administration, another one being the number of academic degrees taken out.

The author very plausibly documents his hypothesis that an increase in political clout does not automatically translate into improved living conditions for a given constituency. Between 1970 and 2001, the number of Afro-Americans elected to public office rose from 1,500 to 9,000. “But they would have to acknowledge that this political success had not redounded to the black underclass. Between 1940 and 1960 – that is, before the major civil rights victories, and at a time when black political power was nearly nonexistent – the black poverty rate fell from 87 percent to 47 percent. Yet between 1972 and 2011 – that is, after major civil rights gains, as well as the implementation of Great Society programs – it barely declined, from 32 percent to 28 percent, and remained three times the white rate, which is about what it was in 1972” (p. 21).

A comparison with Asian-Americans, however, shows that an increase in political does not necessarily have anything to do with the economic situation. Asian-Americans are the best-educated and highest-earning segments of the US population. Nearly half (49 percent) hold bachelor’s degrees, compared to 31 percent of white and just 18 percent of black Americans. The median household income of Asian-Americans is USD 66,000, which is USD 12,000 more than that of white and twice as high as that of black households. At the same time, though, Asian-Americans have virtually no political clout. “Between 1990 and 2000 the number of elected officials grew by 23 percent among blacks but only by 4 percent among Asians.“ The author quotes a scientist whose research findings unambiguously show: „Empirically, political activity and political success have been neither necessary nor sufficient for economic advancement. Nor has eager political participation or outstanding success in politics been translated into faster group achievement.” (pp. 22-23)

The reason for the great economic success of Asian-Americans is their highly ambitious culture, which places a premium on discipline, academic degrees, and economic prosperity, or so the author argues. In his second chapter, he turns to cultural issues. He considers culture the key to the persisting inequality between black and white Americans.

He encourages Afro-Americans to be more self-critical and to quit blaming the inequalities that continue to exist generally on racist stereotypes among whites or on the historical fact of slavery. He endorses the following quote by Martin Luther King: “We know there are many things wrong in the white world, but there are many things wrong in the black world, too […]. We can’t keep on blaming the white man. There are things we must do for ourselves” (p. 47).
The glorification of violence and drug dealers by popular rappers like Jay-Z is just one of the many examples for the culture the author criticises. He uses examples from his own life to show how hard it was for him at times to stand his ground in an environment where his ambitious study in school and his effort to speak proper English caused him to be accused of “acting white.” He explains that the term “acting white” is used by blacks to criticise behaviour that takes its cues from traditional American or Anglo-Saxon values.

He considers it a key issue that traditional family values are increasingly dismantled in the United States. In 2011, as many as one in three children (33 percent) lived alone with their mother and without a father in the US. The rate among Afro-Americans was nearly twice as high (64 percent). Even when you compare single-raising mothers in groups of equal financial status, it turns out that 41 percent of poor Hispanic families have both parents in the house, compared to 32 percent among poor white families, and only 12 percent among poor black families (p. 37). Children of single-raising mothers are much more likely to drop out of school and to have abortive professional careers than those growing up with both parents. Especially in ghetto environments, the place of weak or non-existent families is often taken by gangs because they provide young blacks with a bogus sense of direction with disastrous consequences for them.

However, the main hypothesis of the author is that the US welfare state, far from improving the situation of the black population, is one of the main reasons why progress has been so slow or indeed been reversed in some ways. Chapter four discusses the issue of minimum wages at length. It is a chapter of particular relevance for German readers because Germany just introduced the minimum wage. For the author demonstrates convincingly that virtually all academic studies have found that the introduction of minimum wages increased unemployment, and that they were detrimental rather than beneficial for the lot of the poor segments of society. The author cites evidence that the introduction of minimum wages in the United States during the 1930s was intended as an instrument “to protect white union workers from competition from nonunion blacks” (p. 97). While he is of course not suggesting that present-day proponents of minimum wages in the United States are driven by racial motives, he does conclude that Afro-Americans remain the ones hardest hit by the minimum wage policy. He argues that racial discrimination fails to qualify as the principal cause of black unemployment: “Yet in 1930, when racial discrimination was infinitely more open and rampant, the black unemployment rate was lower than that of whites. And until around 1950 the unemployment rate for young black men was much lower than today, and similar to whites in the same age group” (p. 101).

One major reason for the persistent inequality, according to the author, is the misguided educational system in the US, an issue addressed in chapter five. He quotes numerous examples of charter schools, especially in districts like Harlem, that show a drastically higher performance than public schools. The educational opportunities of blacks in the traditional American school system are very modest. The author attributes this not least to the enormous influence of the teachers’ union, which represents the interests of its members rather than the students’ interests. In 2009, Mayor Michael Bloomberg proposed two failing public schools in Harlem and replacing them with charter schools because the latter’s performance was clearly superior. One of the public schools had seats for 628 students but enrolled only 194. The other one had space for 1,007 students but enrolled just 310. In a way, the parents had already given a clear verdict in regard to these schools. Conversely, there had been 6,000 student applications for 500 seats in the charter schools of Harlem (pp. 128-29). The reason the author believes the charter schools are so much more efficient is that they are at liberty to operate outside the narrow confines of the teachers’ union (p. 127).

The book’s sixth chapter critically discusses the regulatory instrument called “affirmative action.” For several decades, it has served to set quota for minorities (not all of them, but for Afro-Americans, too, among others), e.g. to govern university enrolment policies. In order to achieve the set quotas, the admission requirements for university enrolment were lowered for Afro-Americans, for instance. “The history of affirmative action in academia since the 1970s is a history of trying to justify holding blacks to lower standards in the name of helping them“ (p. 157).

The author shows that the positive effects the policy was meant to achieve failed to materialise, while a number of negative ramifications became apparent soon enough. The author cites a detractor of affirmative action to make his point: “Admitting black students by lower standards has precisely the opposite effect: It reinforces the pernicious notion that blacks are not academically talented” (p. 164).

According to this argument, affirmative action undermined what the Civil Rights Movement of Martin Luther King had originally set out to accomplish, namely to eliminate skin colour as a factor in American society. Affirmative action, meaning the discrimination of certain groups for the benefit of others, flies in the face of the key tenet underlying the United States Constitution, which mandates the equal treatment of all. “As far as the Constitution is concerned,” he writes citing another critic, “it is irrelevant whether a government’s racial classifications are drawn by those who wish to oppress a race or by those who have a sincere desire to help those thought to be disadvantaged” (p. 153).

He goes on to say that the quota regulation has done more harm than good. While black enrolment in academia surged, as the author readily admits, most of those who got admitted to leading universities failed to complete their degrees. The experience prompted the University of California to abolish affirmative action again. Black enrolment barely declined, whereas the number of black students completing their degree programs had soared noticeably. This created such a stir in the United States that it made the front page of the New York Times. It appears to be just another case of well-meaning measures achieving the very opposite of what was intended.

Conclusion: This passionate account by a black writer reaches the conclusion that all the well-meaning efforts of the welfare state to improve the situation of black people in the United States have had a converse effect. He is particularly critical of leftist intellectuals who, as he argues, either deny the issues exist or hastily blame them on the racist attitudes of white Americans instead of digging deeper and scrutinising the cultural factors that do cause the de-facto inequality between black and white Americans that the author very much finds fault with. R.Z.